A History of Pilates

Joseph Pilates was born near Dusseldorf in 1880. As a child he suffered from extremely poor health. During his teens his determination to become healthy and strong led him to take up body-building and gymnastics.

This venture certainly paid off. Not only did he develop robust health, but he also managed to secure work as a model for anatomical charts.

His continuing interest in bodywork led him to research and practise every method of exercise available. Pilates studied classical Roman and Greek exercise regimes. He also studied the Eastern disciplines of yoga, tai chi, martial arts and Zen meditation. He is considered one of the original bodywork practitioners responsible for combining ideas of Eastern and Western health and physical fitness.

In 1912, at the age of 32, Pilates came to England. Here he became a professional boxer, an expert skier and a diver. He even employed his bodywork skills as a circus acrobat. Pilates also taught self-defence to Scotland Yard detectives. However the outbreak of World War I was to take Pilates in an exciting new direction.

Pilates was interned by the British as a German enemy alien. It was during his time as an internee that he began to develop a whole new approach to exercise and body-conditioning. This was the start of what is known today as the Pilates Method.

During his internment, Pilates also worked as a nurse. His bodywork experiments included the conversion of hospital beds into exercise equipment. He devised physical therapy routines using the beds and springs so that patients could tone their muscles even whilst bed-bound. This is the origin of the first Pilates machine, now known as the Reformer.

After the war, Pilates returned to Germany. He continued to develop his technique which he called Contrology. At this time he began working with the movement pioneer Rudolph von Laban, creator of the most widely used form of dance notation. In 1923, he moved to America, where he opened his first studio in New York. His new method proved to be an instant hit, particularly among dance legends such as Martha Graham and George Balanchine. Within no time other dancers began using the technique to recover from injuries and to prevent their recurrence. Gradually, a wider audience got to hear about the physical benefits of the Pilates Method.

It was not until 1970 that the technique returned to Britain. It was brought back by Alan Herdman, then a teacher and dancer at the London School of Contemporary Dance. The School had asked Alan to visit New York to investigate the method. There he worked intensively with Carola Trier and Bob Fitzgerald, two instructors who had been trained by Joseph Pilates himself.

On his return, Alan established Britain's first Pilates studio at The Place in London. Among his first clients were actors, dancers and singers. The technique was an instant success. Before long, doctors and physiotherapists began recommending Pilates to patients struggling with chronic injuries. The rest, as they say, is history.

Alan is now considered the UK's leading authority on Pilates. He continues to run workshops and lectures around the world. The author of numerous successful Pilates manuals, Alan also runs a highly-subscribed teacher training course. As well as running two busy London-based studios, he and his assistants also teach in dance schools and international Pilates studios.

What can Pilates do for You?

Joseph Pilates
Although this statement may seem far-fetched, the confidence that Joseph Pilates had in his technique was not unfounded. The success of this elegant and precise form of exercise has seen it become a mainstay in gyms, studios and school halls across the globe. The beauty of the technique is that it can be practised by literally anybody. There are no restrictions.

Since its inception, dancers, performers and athletes have used it to maintain their body as well as for rehabilitation after injury. It has now become the preferred form of exercise, as recommended by medical specialists, to deal with physical injury and back pain.

So what exactly does the Pilates Method entail?

Pilates and Your Body

Pilates exercises are based on building core strength. Focusing on abdominal work, Pilates also lengthens and strengthens all muscles of the body. It helps to improve posture and balance. Once you become accomplished in the technique it enables one to attain enhanced body control. Pilates is a safe method that can simply be done on a mat. Portable equipment can also be used in mat work sessions.

If practised in a designated studio, Pilates employs a range of equipment such as the Reformer, Trapeze Table (Cadillac), Wunda Chair and other useful pieces.

To Your Good Health!
An insight into health in the 21st Century

Keep up to date with all the latest in health on Samantha's Blog.

To Your Good Health

Samantha currently practises in the North London area. She sees clients at The Haelan Clinic which is situated above the renowned health store, The Haelan Centre on Crouch End Broadway.

The clinic is easy to find as it is situated opposite the local landmark Clock Tower.

Garuda takes its name from an Indian mythological sacred bird that can change shape according to its function. It’s inspired a more intelligent and intuitive way to exercise the body.

Combining the spirituality, pranayama and asana practice of yoga, the core strength and focus of pilates and the balletic grace of dance, the Garuda method is the answer to many people’s quest for a stronger, more flexible, toned body. 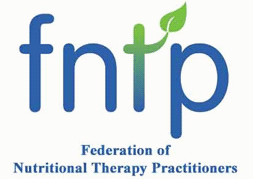 FNTP is the largest and fastest growing professional organisation for practitioners of Nutritional Therapy in Europe.

©2022 Samantha Flower is powered by WebHealer
Cookies are set by this site. To decline them or find out more visit our cookie page